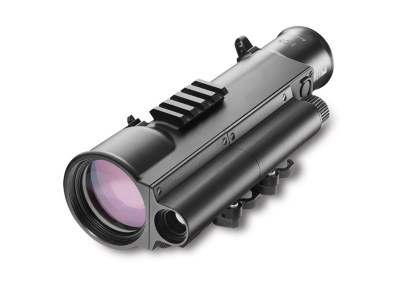 aerobd.news : The ICS was built with a simple goal in mind: to be the most effective combat sight on the market. It is a fixed 6-power optic with a built-in laser rangefinder and ballistic calculator. At the push of a button the ICS ranges the target and gives the shooter an aiming point based on the target’s distance and the ballistics of the round being fired.

The ICS is effective out to 800 meters and offers several advantages over conventional combat sights.

First-Round Hits
Based on Steiner’s testing, the ICS increased first round hit probability by 145 percent on targets placed between 30 and 600 meters. Estimating distance is one of the soldier’s most difficult tasks on the battlefield and the integral rangefinder overcomes that challenge.

Time of Engagement
Because the ICS is so quick to deploy—a single press of the button is all that’s required—the operator can engage targets faster and bring the encounter to an end more quickly, decreasing engagement time by as much as 30 percent.

Training Efficiency
Because the ICS is so simple to use, training time and costs are significantly reduced. No other product on the market comes close to its combination of sophistication and simplicity. 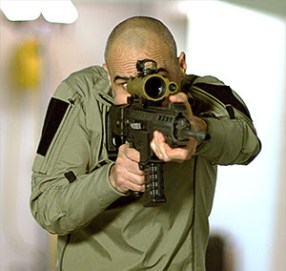 The ICS has been hardened for extreme use. It is shockproof to 750G of force, waterproof to 10 meters, and fog proof. If the battery should die, the ICS has a fully functioning daylight reticle. This reticle includes holdovers for various distances.

The ICS features a cable extension to allow for maximum ergonomic flexibility. It comes with integral QD mounts and a rail to mount a reflex sight so the operator can engage targets at CQB distances.

The reticle illumination adjusts from dim to bright for daylight operation and the unit has a built-in inclinometer to take into account shot angle when displaying the firing solution.

Because the ICS provides shooting solutions for a variety of calibers, it allows users to change calibers without requiring new optics. 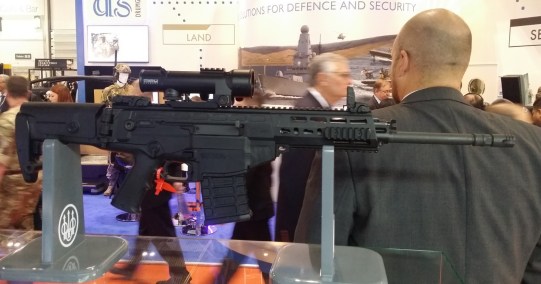 One of the first militaries to field the ICS is the Italian Army, which is employing the sight with the Beretta ARX 200 assault rifle. The ARX 200 is chambered in 7.62x51mm NATO, which pairs well with the ballistic holdover capabilities of the ICS. The Italian Army will field the ARX 200’s as designated marksman rifles, a role for which the ICS was specifically designed.