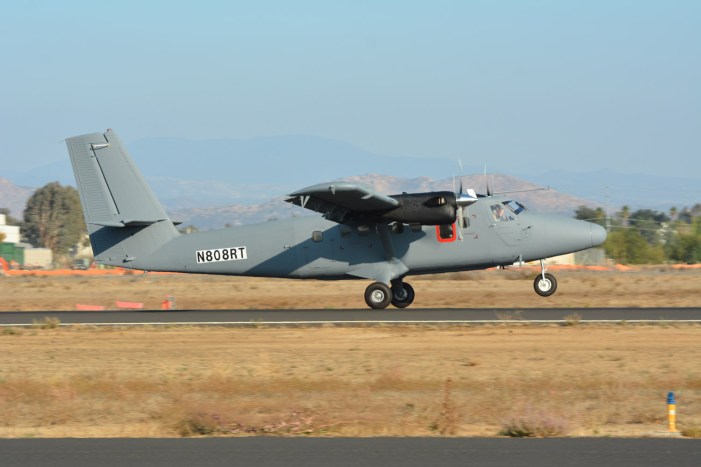 aerobd.news : Ikhana Aircraft Services (Ikhana) carried out the first flight of Twin Otter Series 300 modified to 14,000 lb MTOW (maximum take-off weight) on October 31, 2016. “At this early stage, all indications show we are going to turn a great airplane into an exceptional one.” said John Zublin, president and CEO of Ikhana.

“The flight test pilots were extremely happy with the RWMI DHC-6-300HG performance, especially the added horsepower and quietness of the four bladed propellers. Our next steps will validate the 14,000 MTOW to the rigorous FAA regulations to provide operators increased payload and the opportunity for increased revenues.”